A Tip Sheet for Writing With Tweets 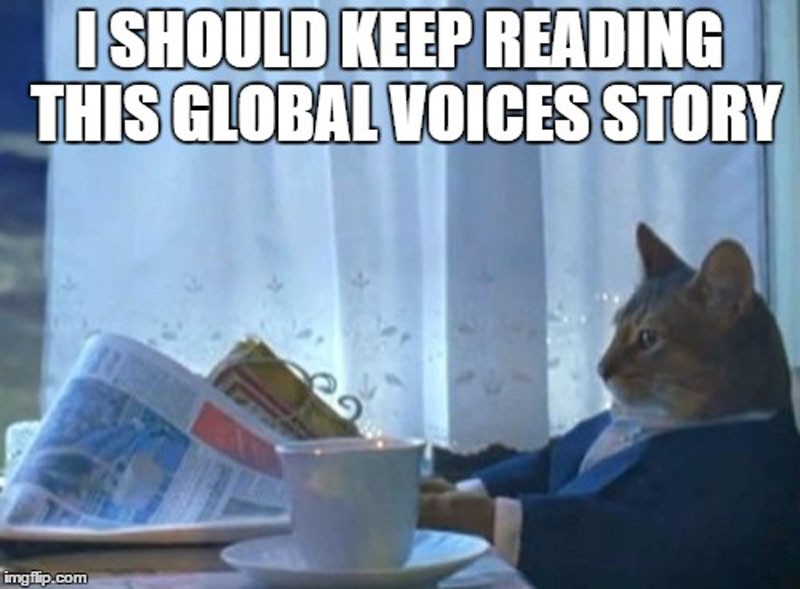 What we want our readers to be thinking as they encounter tweets in a story.

Lots of valuable citizen conversation and commentary happens on Twitter, which is why we often include tweets in our stories for Global Voices. Sometimes, though, the way we introduce or use tweets can take away from the flow the story.

Some of us in the newsroom got together and discussed the best practices of incorporating tweets. The following are things to keep in mind to make sure the tweets you include don't drag down your story.

Don't include tweets for the sake of including tweets. There should be a well-thought-out reason why the commentary in the tweet is important, and we should make that clear to the reader.

Readers have limited time and attention, so we should avoiding adding tweets that say the same thing or express the same sentiment.

Our stories should offer new and important information to readers at every turn. This keeps readers engaged and prevents them from becoming bored.

If we find ourselves including more than three tweets from the same person (and the post is not about the user or about a Twitter rant or interaction involving the user), we should consider adding tweets by someone else.

This furthers our mission of capturing compelling citizen conversations.

If the post is about a trending hashtag and there are dozens of great tweets that you want to include, consider warning readers in the headline. For example, '25 Tweets That Skewer Mainstream Media Coverage of Africa’. This way they will know what they are getting into and won’t turn away when they see a format that is different from what they are used to.

5. Translate everything, including text in images

When including tweets with images, don't forget to translate any text in another language that appears in the image alongside the actual tweet.

When you are picking up embed code, you can unselect “include media”, so that the image, video or meme isn't attached to the tweet embed. This way only the tweet text will show (below). 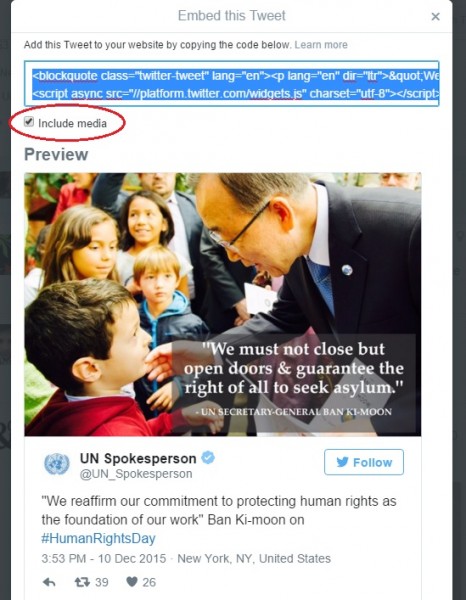 Also in Toolbox for Contributors