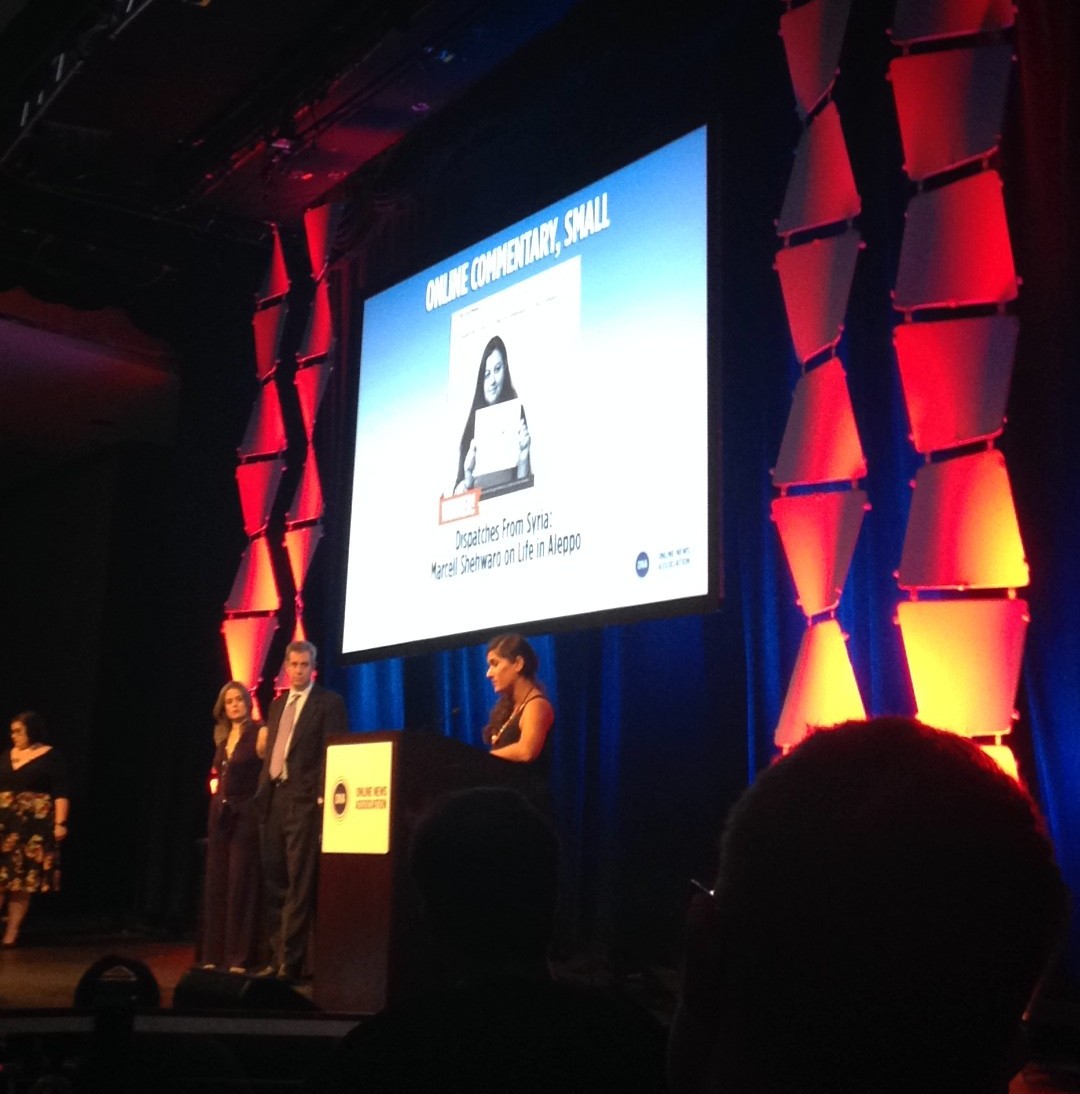 Sahar was so excited to be at the ONA awards in LA to receive Marcell's win in person! Photo by Jackie from NBC's LA Digital team.

It’s time for another update from the newsroom — the place your stories go before they are published on Global Voices. The biggest highlight of the last few months was our …

Marcell’s commissioned Bridge series Dispatches from Aleppo won at the Online News Association’s Journalism Awards in the category of Online Commentary. A round of applause for Marcell Shehwaro and Amira Al Hussaini and Lara Al Malakeh, who translated Marcell's essays from the original Arabic into English and Georgia Popplewell, who edited the series!

Last month, our 21 newsroom editors broke into six groups for a series of in-depth discussions. Usually we try to have one big meeting every six weeks, but this time we thought it might be productive to experiment with smaller groups. We ended up discussing GV posts getting “multiple author” capability, creative ways to welcome new authors into our community, strategies to keep our sub-communities happy and engaged, our overall social media strategy, and crafting monthly collaborative posts.

Maybe you recently saw the community post What Would Your Grandma Recommend to Fix This? developed into this story on the main site “Carrot Syrup, Potato Compresses and Nutmeg Necklaces: Grandma's Remedies From Around the World. The awesome idea for this collaborative post popped up during our group review chat with MENA editor Amira, Latin America community manager Laura and Iran editor Mahsa. Our news editor Lauren wasn't well, so Mahsa said her grandmother would recommend turmeric tea. One by one all of us followed up with our grandma's remedies. Then Mahsa said, “That would make a great GV post!” 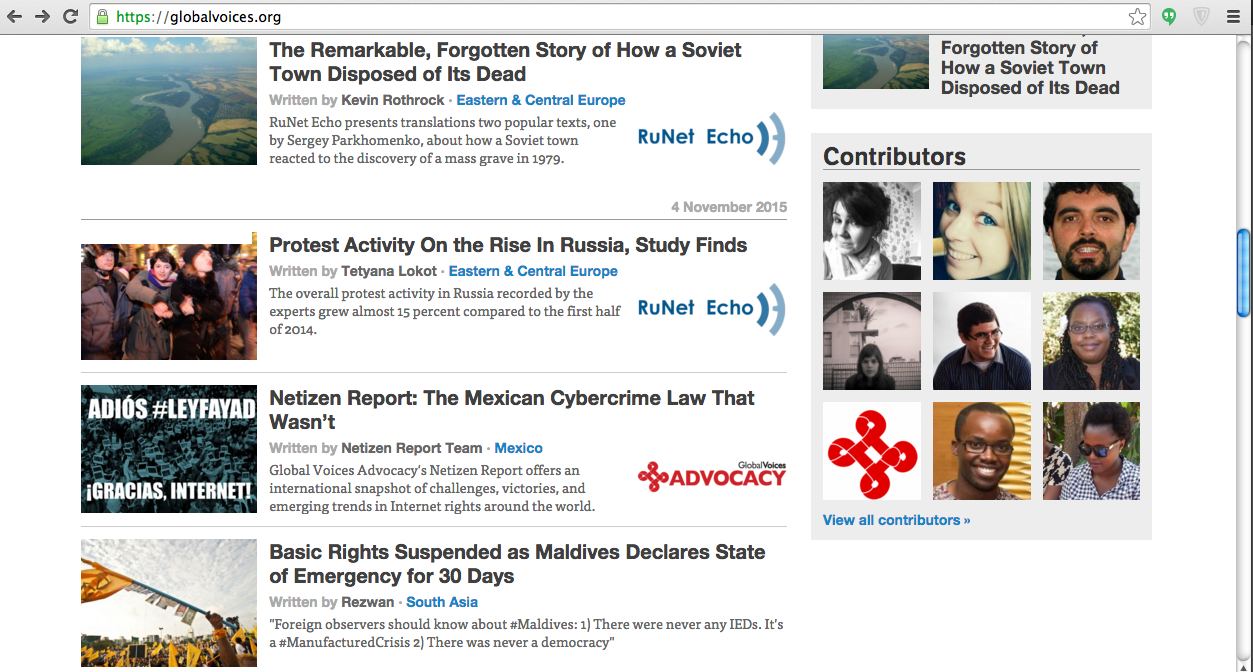 You might have noticed some familiar faces on our home page recently! After months of Quick Reads losing steam – we were only publishing a couple a week at the most – we decided to remove discontinue Quick Reads and remove the column from the home page. It has been replaced by badges showing off the real people behind GV – you!

Instead of Quick Reads, we’ve been encouraging editors and authors to write shorter posts about 100-300 words in length with images and excerpts for the main well. If you aren’t sure exactly how to go about writing a short post, take a look at this guide on the Community Blog.

Here’s a list of the top 10 most-visited stories on GV since August:

Latest on our partnerships

We’ve spent more time evaluating and discussing potential partnerships this quarter. As a result, we’ve turned down quite a few content partnerships. Here’s what we added to our list the last three months:

And here are some highlights from our existing partnerships: 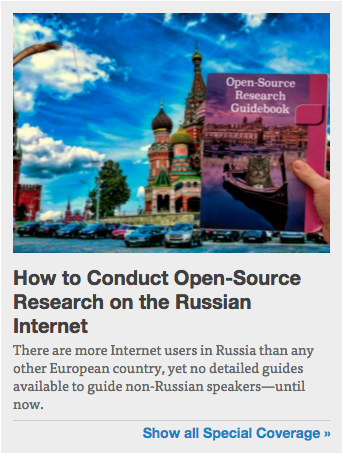 For the last year different newsroom editors have been leading our Weekly Writing Tips each month. In August, Caribbean editor Janine Mendes-Franco gave us tips for using words wisely, the elements of style, how to write so that you connect with an audience, and the importance of writing responsibly.

In September, South Asia editor Rezwan inaugurated the next change to the tips: moving them from email to the Community Blog. There, he discussed verifying social media data, finding online commentary from social media sites and blogs, and finding inspiration for writing.

Oiwan has continued the Community Blog transition with tips about getting inspired by images, using Chinese government public opinion analysis in our reporting, and the ethics of quoting social media posts 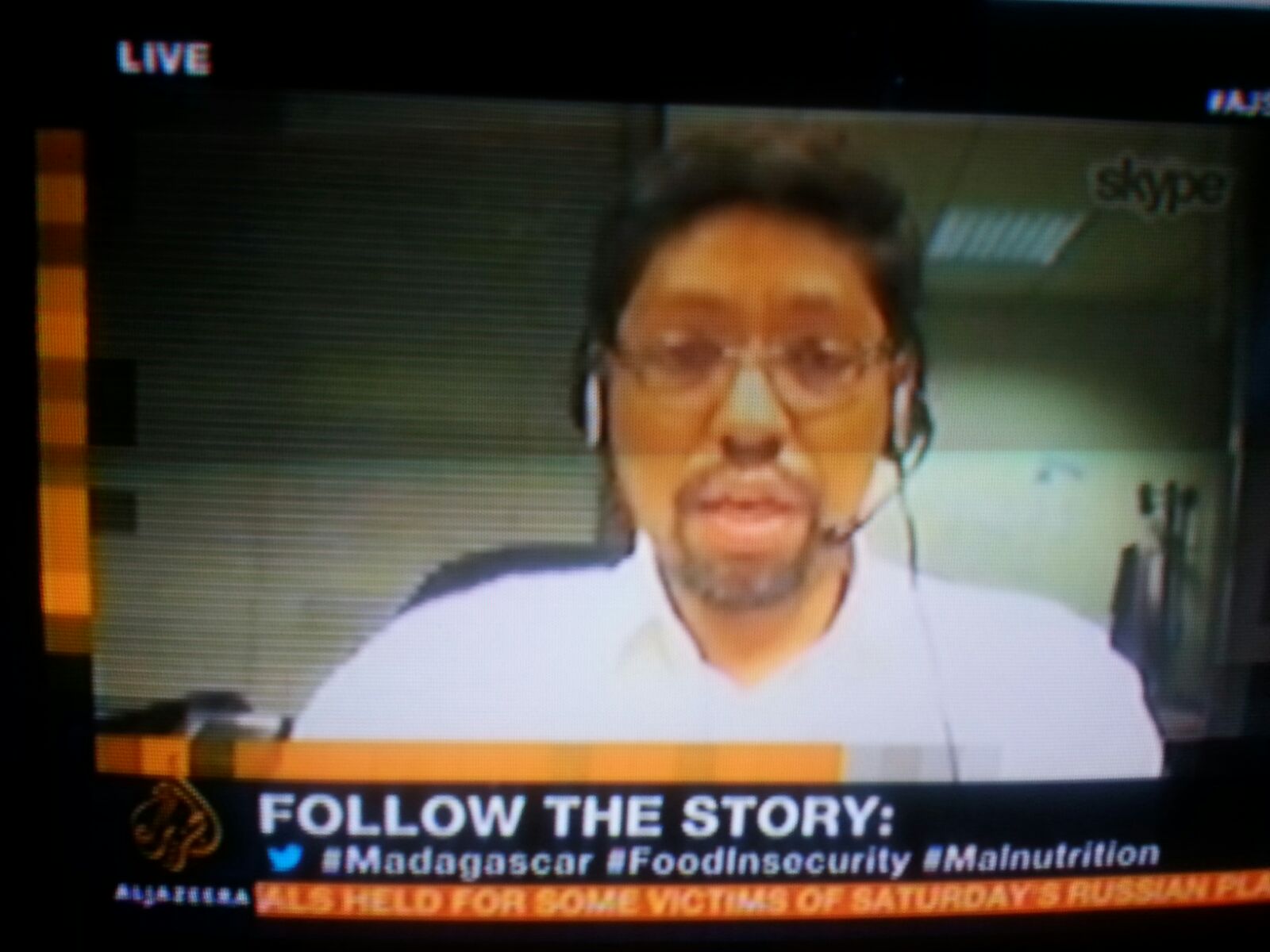 This newsletter was lovingly compiled by Lauren Finch and Sahar Habib Ghazi.