We Are Global Voices Germany 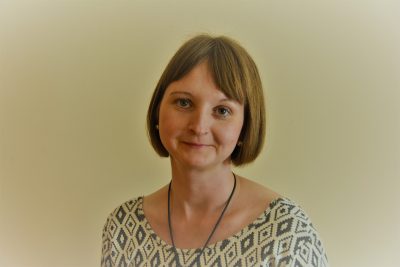 For how long have you been at Global Voices?

I've been with Global Voices since mid-2016.

Yes, it was an article on “Adoption by same-sex couples in Portugal“. In this article, the author addressed the question whether the Portuguese society was ready for such a law. I chose this article because it took a critical view of Portuguese society. I found that interesting. I have lived in Portugal for many years and I am happy to translate critical texts on the subject of Portugal.

My real concern at Global Voices was to translate texts from Portuguese-speaking countries, as little is heard from these regions in the German-language news.

I have gained an insight into WordPress and learn on my own in every translation.

I like that I can pursue a meaningful activity. I also learn a lot myself, be it specific things about other countries, translation techniques or new vocabulary.

Did GV change your view of things?

Yes, my view of the world has changed. I think that humans all struggle with similar challenges in life. We're not so different no matter where we come from.

Sometimes it turns out during translation that the text is more difficult than expected. Then you unexpectedly need more time for the translation and you are happy when the text is ready.

How do you deal with particularly tough topics?

The text about the murder of a young woman in Peru was tough. While translating, I thought a lot about the event. The view of life changes a little. We should all value life more. Unfortunately, this is quickly forgotten in everyday life.

After translating an article about Iran (Local groups warn of an increase in suicides within the impoverished Arab Ahwazi community in Iran) I received a comment from an Iranian. He said that I should better inform myself and that all Ahwazi are lazy, they don't want to work. Well, I am only the translator of the text. To justify the fact that there are many suicides and poverty in this population group because of the laziness of the people, was for me the confirmation of the discrimination.

How did you find out about Global Voices?

I heard about it on the radio. The Radio station Deutschlandfunk Kultur reported about Global Voices.

Is there a translation or article that’s still on your mind today and if yes, why?

The article about whaling on the Faroe Islands. Until then, I thought whaling was just a custom in Japan. To be honest, I was shocked to learn that this is still being done in Europe.

What motivates you in your work for Global Voices?

I would like to deliver better translations. In addition, the use of language expands my own knowledge. This is useful for my work as a German tutor.

You can find Alice's profile here. Other parts of the “We Are Global Voices Germany” series: Julia and Isabelle.